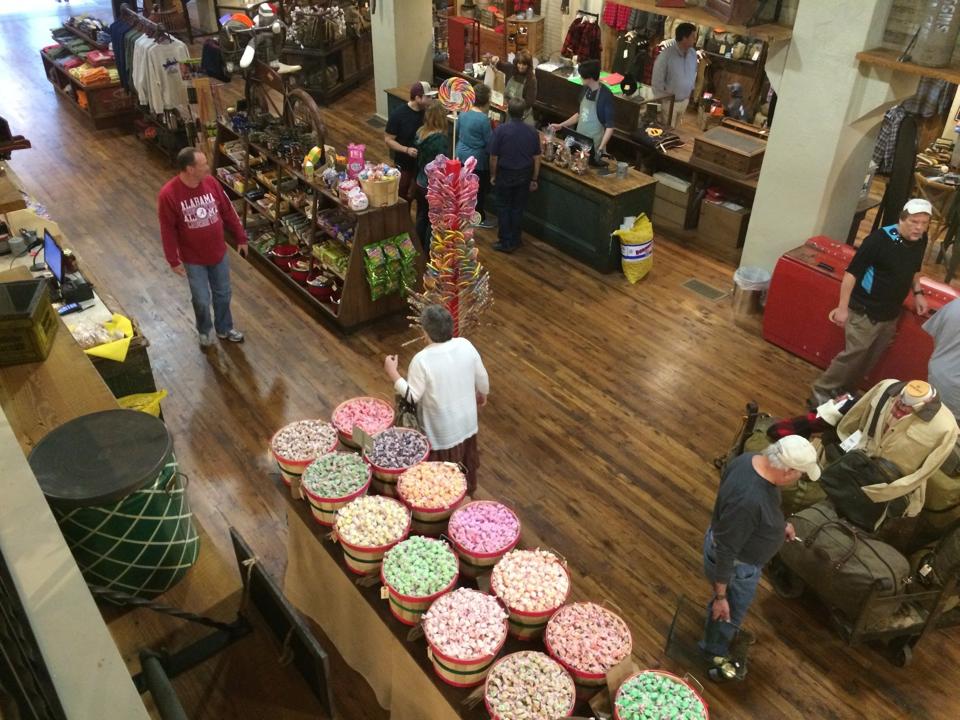 U.G. White Mercantile, a century-old fixture on Athens’ Courthouse Square, opened its first expansion store on Clinton Avenue last week. It’s a store that other cities wanted, but Huntsville got, and people say they “love” it.

“I was going down memory lane,” 71-year-old Mayme Vantour of Huntsville grinned as she left. Vantour stopped long enough to show off the rabbit’s foot she got inside. She also bought a turkey rack, butter dish and soap.

Vantour’s reaction is typical of people 60 and up, manager Mark Still says. The store reminds them of a time in their lives when one store had everything you wanted and more.

“It feels good, and it’s fun,” Cate Defiore of Huntsville said. Defiore isn’t nearly 60 yet, but she brought the whole family from “grandparents all the way down to my niece.”

Defiore and Vantour sound like they’ve read the store’s marketing plan – they haven’t – and each appreciates the boost U.G. White is giving Huntsville’s resurgent downtown. “It was great to be able to say (to visiting family), let’s go knock around downtown,” Defiore said.

Store owner Derrick Young smiles to hear all this. The idea all along was “to bring the warmth, the atmosphere and the history of Athens here,” Young said Friday. He wants Huntsvillians to “claim it as their own and make it part of the tour.”

Michael and Robin Seale of Birmingham were visiting friends who suggested they add it to their personal Thanksgiving tour. The couple left with a tea set and some honey.

“It has that feel of an old time store that has a little bit of everything,” Robin Seale said.

“But it’s not pretentious,” Michael Seale added. “Some of these kinds of stores have that pretentiousness.”

Is there anything like it in Birmingham? Seale thought a moment. “No, there is not,” he said.