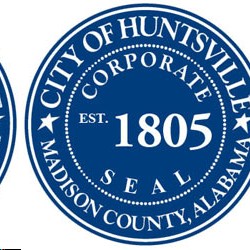 “It’s been another great year and we have worked hard as a community to diversify our economic base and hold the line on city expenditures,” said Mayor Tommy Battle. “I am proud of our conservative fiscal policies, and I am grateful to our Finance Department, administrative team and our economic leadership partners for their continued role in Huntsville’s financial success.”

Aaa is the highest rating achievable. Huntsville has consistently earned this prestigious rating since 2008.

According to Moody’s, “the Aaa rating reflects the city’s strong regional tax base and position as a major economic engine for northern Alabama, which is reinforced by the large governmental presence of Redstone Arsenal and NASA’s Marshall Space Flight Center. The rating also takes into consideration the city’s stabilized financial position with satisfactory reserve levels, as well as its above-average but manageable debt burden.”

Moody’s Aaa rating will allow the City of Huntsville to borrow money at more favorable interest rates. The rating comes in advance of the City’s move to borrow $90 million to finance capital and economic development projects included in the 2015 Capital Improvement Plans. The plan may be found online at www.huntsvilleal.gov/finance/finance_reports.php.