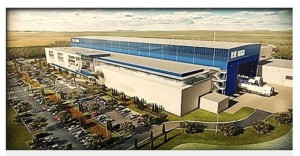 That so-called Project Development Agreement depends on Blue Origin Alabama getting an engine production contract from United Launch Alliance. ULA assembles rockets in nearby Decatur to launch military and commercial satellites into space, and it needs a new engine to replace the Russian one it now uses. 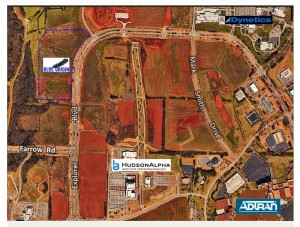 But Blue Origin also needs the new engine for its own rockets, and city industrial recruiter Shane Davis said, “We feel really confident,” that the plant will come.

If it does, and Davis expects to know for sure by the end of this year, Blue Origin will build on 46 acres the city gives it in Cummings Research Park West. The first phase of the two-phase deal will employ 265 full-time employees with “an average hourly wage of at least $36” and an initial investment of $90 million by the company.

The second phase will add 77 employees at the same pay and an additional $110 million in capital investment by Blue Origin.

As part of the deal, the city, county and state will:

* Pay $1 million in project development costs upon completion of Phase 1. That is split between Huntsville and Madison County.